Yoga as a science, art form and philosophy

One of the leanings and teachings of yoga is that it is about balance.  Not just balancing when in postures or asanas, but balance in all aspects of the human realm: physical, mental and spiritual.

Remember also that “yoga” is not about getting tangled into a pretzel position. There are more aspects to yoga than this. It’s ultimate goal is to reach a state of moksha or enlightenment/liberation, thus becoming a yogi or yogini. The basis of classical yoga philosophy can be found in a handful of very old texts, such as the Yoga Sutras (principles) of Patanjali (dated approximately 400 CE or common era) divided into 4 chapters, totaling 185 principles. 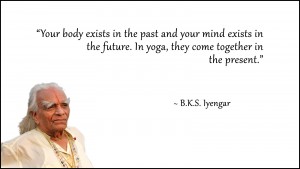 I attended a weekend workshop with one of the foremost Iyengar yoga teachers, Firooza Ali Razvi. It was a privilege to be guided by her. A petite and articulate person, she was a student of the late Guruji, BKS Iyengar, and lectures philosophy at a university in Mumbai as well as teaching Iyengar yoga.

What she emphasised on the first day, was the interplay between the mind, the intellect and ego. All play their own role but there are times when one must silence the ego (e.g. with the temptation to over stretch) and times when the mind must silenced.  Mindfulness is a catchword today and we are flooded with articles extolling the virtues of this.  There are suitable times when doing physical yoga when there must be mindfulness but one of the most important qualities is to be present and not to anticipate the next asana or sequence.

Other treasures of information from Firooza over the 2 days include:

In 2004,  BKS Iyengar was one of Time magazine’s 100 most influential people in the world.  The writer of the article on Guruji (actor Michael Richards) wrote the following about him and his form of yoga:

“The beauty of Iyengar yoga in particular is the revelation that there is a living architecture hidden in all of us that only needs unveiling.  Like any architecture, it demands diamond-like precision. In fact BKS Iyengar teaches that the body should flow into a yoga posture the way light fills a well-cut diamond…

Iyengar teaches practitioners to lavish attention to the body, not to an idea.  His philosophy is Eastern, but his vision universalist“.

I am far from the stage where light fills a well-cut diamond. Perhaps I am at the stage of being a semi-precious stone with some light shining through. Either way, my yoga journey has been enriched by Firooza. 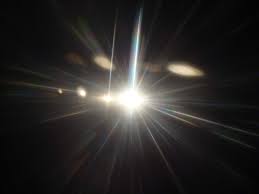