A few years back, we were faced with a decision on whether to live in another country. I had been offered a job abroad and my main concern was the welfare of the 3 cats we had living with us at the time. I had always said  we would never immigrate to a country with quarantine laws and the country where I would be working had such laws.  In the end, the cats’ well being prevailed and we never moved.

This event coincided (synchronicity prevails) with a channeling session, guided by an ex-university contact, called Angela.  Channeling is a means of communicating with any consciousness that is not in human form by allowing that consciousness to express itself through the channel.  It enables one to make conscious contact with higher planes.  More often than not, channeling involves communicating with spirit guides and higher plane teachers.  By accessing higher knowledge, physical beings such as humans can grow spiritually and gain greater clarity about life on earth.

I asked Angela the question of whether or not we should move and the guidance that came back was as follows:

This advice in my view is solid and I have applied these three factors many times in my life when faced with a dilemma.  As an enthusiastic list-maker, it is a challenge but not being a slave to lists is a powerful thing.  When it came to deciding whether to move to another country, I already knew in my heart what the answer was but I needed something more than just gut feel.  In applying the guidance I was given, it gave context to the gut feeling.  No, it was not the wisest decision to move and put the cats in shoddy state-run quarantine facilities;  moving could not guarantee any more joy than if we stayed and dealt with the known, and there was the fear of traumatised cats; whilst I was not instantly relieved by making the decision not to move (I was operating in the realm of dreams and excitement), I knew that relief at moving would be short-lived whilst relief at not moving, would be long-term.

Today, I am grateful for the guidance I received.  I am sure you will agree that even if you do not believe in sages, guru’s, mediums, channels and angels, the guidance was in itself wise. 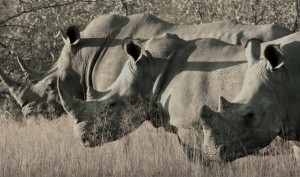