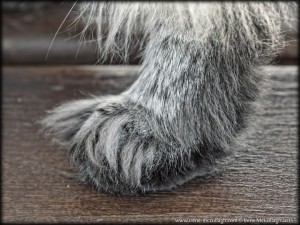 Animal rights and animal welfare are not one and the same.

Animal rights goes beyond the mere welfare of animals. Those advocating the welfare of animals still function in the realm of animals serving humans and being at the mercy of humans. In most cases, animal welfare is reactionary. Animal rights followers believe that animals have fundamental rights and these followers are forward-looking. Animal rights are not necessarily the same as human rights; different rights does not equate to the rights of animals as being of less importance. An oft-quoted right that indicates the difference, is the right to vote. Animals do not need the right to vote. There other rights that are paramount to them (such as living a life where they are not exploited). Because universal suffrage is an important right to humans but not to animals, does not make one species supreme over the other. Rights differ based on needs and interests.

Below are some of the rights that are fundamental to the well-being of animals:
· Freedom to live a life free of cruelty and exploitation
· Freedom from pain and suffering
· Freedom from premature death
(From: BWCSA’s “Compassion” magazine, 2009)

Personally, I think there should also be a right not to be bothered, petted or touched by humans. The two rabbits with whom we share our home have reminded me that humans should leave animals alone to happily frolic in a safe place and interact with humans on their terms. Humans have the need to pick-up and touch animals, particularly companion animals. Animals quite often, like the two rabbits and the one cat at home, do not want to be picked-up. They are after all not babies or in need of being carried around (unless they are sickly). Whilst we as humans may be impressed by ourselves as being such an important part of earth, animals have a humbling effect on this. We are neither important nor indispensible. Global warming would not be happening at such a rate and animals would not be extinct or facing extinction if it were not for humans. We need to be reminded of our place on earth: we are simply visitors and must leave a small footprint behind. Compassion and respect should form the basis of all human dealings.

“The assumption that animals are without rights and the illusion that our treatment of them has no moral significance is a positively outrageous example of Western crudity and barbarity. Universal compassion is the only guarantee of morality.”
(Arthur Schopenhauer, The Basis of Morality)