Under the ground in an Oxo

How do you get a tube carriage all to yourself on a Saturday? You walk Ivy in the rain to the tube station and on the tube, she has an almighty shake, spraying water everywhere. We watched people flee. The tube on the weekend is a different place. The weekday rush means there are carriages of hundreds of automated people who each occupy a bubble at an average depth of 24 metres below the surface. They hold their (under)ground. Not even Ivy having a good shake will shift the weekday bubbles in tubes. 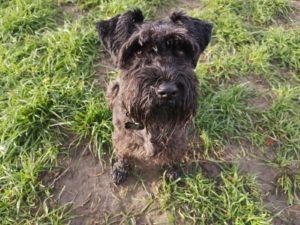 Why is this mode of transport called the tube? I searched for an academic answer but there is none. It is merely because the tunnels are like tubes. There is confusion over whether the tube and Underground are one and the same. Technically they are not the same but commuters do not bother. In any event, approximately 60% of the Underground or tube travels above the surface and this is not a reference to the Overground which too is different. My daily tube route is all underground on the deepest and one of the oldest lines, with only one station change.

Considering this mode of commute, what are the rules of etiquette on a tube or Underground? Like its unwritten constitution in the UK, and London to be specific, there are unwritten Underground rules. This is what I have learnt:

You must definitely not:

Why should you not do any of these things? London below the ground is insular and getting to or from work is serious business. It is every being for herself or himself. To remind others that we are a collective, is offensive and improper. Best you go about your day without reminding others that you are there. 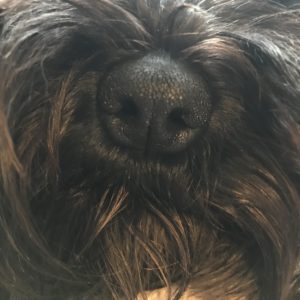 A social psychologist from the University of Essex has said that the unsociable behaviour on tubes is due to there being no personal space. Plus in a snap poll, 37% of Londoners said that they were uncomfortable speaking to strangers and the psychologist urges us to strike-up a conversation on the tube. That is not going to happen unless my Dad is visiting London. He will strike-up a contentious conversation with some unlikely chap on the tube and there will be red alerts all over Scotland Yard (the Met) that there is a madman on the tube with a very well dressed lady who is smoothing over the crisis by smiling and handing-out possessions. Think Prince Phillip and the Queen some 30 years ago.

There is also the aspect of being an outsider. For example, starring at the tube map means you could be lost. That means you are an outsider or a tourist at worst if it is rush-hour. Hence no photos. Never take the tube for pleasure if it is weekday rush-hour. My advice, in the week, hop on the tube around 11h00 and make sure you are off around 15h00.

Which leaves me with a list of what to do on a tube:

I am fixated by the tube. I am happy to spend time under the surface, with half a million rodents lurking, imagining the World War II bunkers that some became, marveling at the tunnels built by Victorians, that the tubes are safe, there are no broken tube windows and things function. From the clever roundel that marks the Underground or tube, to the tube map based on a drawing of an electrical circuit, to cockney rhyming slang for the tube (which rhymes with cube, and leads to the tube being called Oxo). 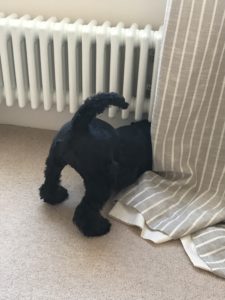