What he wanted to say was that he needed more time to reply to the riddle but all that Gollum heard Bilbo say was “time”. This was the answer to the final riddle in the chapter “Riddles in the Dark” from “The Hobbit” (J.R.R. Tolkien). How often do we hear and read today that people gasp for “time” and that they need more of it? 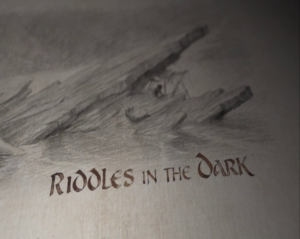 Time divided into years, days, hours, minutes and seconds is a human notion. We created the reference to time as we know it today and we manipulate it. Humans created daylight savings or energy savings time, when the clocks go backwards or forwards in time. I have realised how arbitrary time is with the clocks shifting like this twice a year. Yet, it has a bold effect. An extra hour of light in the morning in winter and going to bed in the light in summer.

There is not much hoo-ha around changing the clocks. A totally unnatural thing happens naturally. This is proof that humans can comply without much effort or fanfare at all. The idea of changing clocks was based on saving money because of the costs of energy bills (in the form of the cost of coal) but today it no longer serves this purpose.

In 1895, a New Zealand entomologist created the modern concept of daylight savings time. He wanted more hours of sunshine after work in summer to hunt creepy crawlies. While in 1902, a British builder thought of the same idea of more sunshine, leading him to propose it to England’s Parliament as a way to stop wasting daylight but by the time he passed on, he had not succeeded. 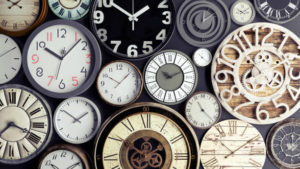 In 1916, the Germans moved their clocks forward, which lead to other countries following including the USA and the UK. Coal was needed for the war effort and saving it contributed to defending your home turf. Move on 100 years and the EU parliament has voted in favour of banning daylight savings time from initially 2021, but with COVID this will be moved out. This leaves the UK to keep its daylight hoarding in spite of its EU neighbours.

A final word about changing clocks: imagine you are the Horological Conservator at Windsor Castle. Every time the clocks change, all 400 clocks need to change. Some of them are 300 years old. It takes 16 hours to change the time across the Castle, spread over the weekend when the clocks officially change. A time-consuming job.

Before I dash off in the nick of time, here is Gollum’s riddle on time: 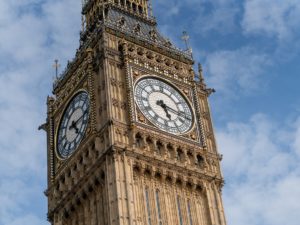