It is an island off the south coast of mainland England and at high tide, it is its smallest county. The island has more sunshine than in parts of Spain. Garlic is one of its biggest exports and has been for centuries. This is the Isle of Wight, where we spent 4 enchanting days during my leave. 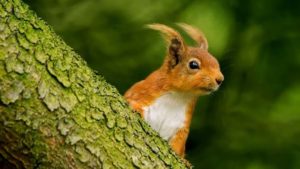 It is home to the Red Squirrel (Latin: Sciurus vulgaris). So shy is this small squirrel that we only saw 2 and neither of them were near the Hound who would have given this endangered species an unhelpful fright. Frights in general are common on this island because it is the most haunted island in the world. It never struck me as a creepy place or a place with skeletons rattling about at night although the abundance of garlic should have been a sign. Given that it has a history going back to the dinosaurs with fossilised proof, ancient inhabitants like the Romans lived there, it has a very old Benedictine monastery, the Kray brothers were imprisoned on the island and Queen Victoria in her dark garb died on the island at Osborne House in 1901, I can see how one could bump into something frightening at night apart from myself. Keeping with the haunted theme, the local dialect calls a bat, a “rattlemouse”. 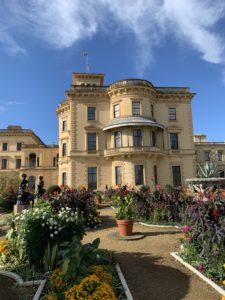 The island has other words that fascinate. A dialect dictionary for the Isle of Wight was compiled by William Henry Long and was first published in 1886 covering the dialect from 1836. Here are a few words from the island (admitting that some words are shared with Dorset):

Speaking of words, you may be asking how the island got its name. One of the plausible suggestions is that 4,000 years ago, the Beaker people arrived (named after their pottery) and they called it Wiht which translates as “weight” and  “what rises above the sea”. True to Roman form, when they arrived, they translated Wiht into Latin which is where we get Vectis (from the verb “veho”, meaning “lifting”). Then history gets tangled with the sequential arrival of the Saxons, Mercians, Danes, Normans until the English bought it. The French of course were lurking and they frequently attacked the island, as did the Spanish. 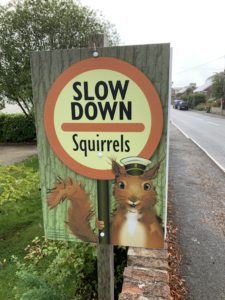 Moving on from the name of the island, let us not forget World War II. The island played a role in being equipped to provide fuel for tanks and vehicles of Allied troops during the D-Day landing. Under the Channel, a secret pipeline (based on adapted telephone cables) was laid. Fuel was pumped under the Channel from English ports to various ports which included Shanklin on the island. From here it was to be pumped to France under the Channel. This was known as Operation “PLUTO” or “pipeline(s) under the ocean”. Sadly, the pipeline from the island to France either failed or was never used depending on what you read. Whichever is correct, I am told that the Operation demonstrated a great military engineering achievement, leading the way for the development of piping used in offshore oil fields, climate change truths aside. 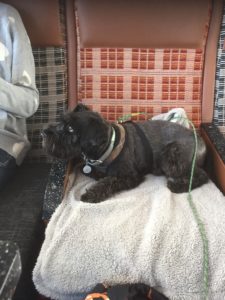 Ivy on the ferry home

Not related to war, is that when it comes to transport, there are no motorways. There are miles of lanes on the island and walking is a favourite pastime. We arrived on the island on a ferry with our little car parked below deck. We left the island the same way and felt as though we had been transported to and from a place of tranquility….although as Halloween draws near, I wonder what will be lurking on the island? A grum* ghost with his rattlemouse causing squinney to break the silence as the snobblen flee to the depths of the dark chine.

* someone with a forbidding appearance 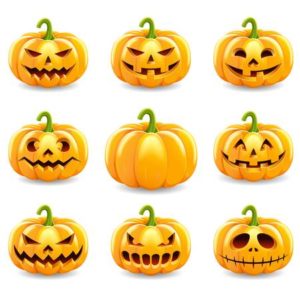