So it happened. I snapped. Then I popped. And the puppy watched in disbelief. 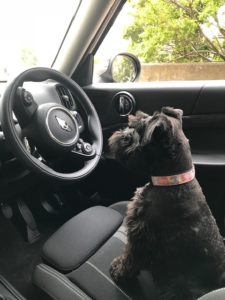 Life and work has been all-encompassing. There has been no gap for a blog. My moment of snapping however, should be shared because I am glad I was bold even if the puppy was a witness.

Last week one afternoon, I fetched the puppy (Ivy) from doggy day-care and battled away through the afternoon traffic in Woodstock, being hooted at when I would not take a chance and aggressively ride across a main road through small gaps between buses and taxis to get to the road going in the opposite direction. I have, after-all, got precious live cargo in the backseat. 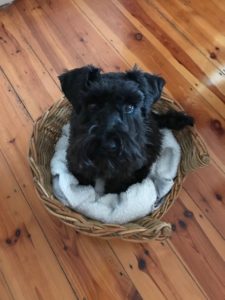 It was a very busy afternoon on the roads and the puppy was criss-crossing the backseat to hang her head out of the window with the most interest. My goal was to make sure we got home in one piece, avoiding jay-walking thugs along the way.

I came to the intersection where one has to cross-over formerly called De Waal Drive with its oncoming traffic. I stopped at the crossing and I heard it behind me: forceful hooting. A big city-type bakkie with lots of white bodywork and in it, a person wanting to look rugged but who had never lifted a shovel in his life.

With that, and after fumbling with the handbrake (note: embarrassing moment as the Mini almost rolled into the offending bakkie), I leapt out of my car, forgot about the puppy (who must have been hanging her head out of a window in bewilderment) and marched to rugged-man’s open window.

The popping began as I shouted at him that I was tired of being hooted at and would not take chances on the road. With his teenage son in the bakkie with him, he shouted back at me. He said that I should get my “effing car out of the way” because he was in a hurry. I shouted at him that there was no need to hoot at me. With that he again said that I (and the Mini) needed to “get out of his way“. With the final stinger being “get your effing fat aas out of my way“. 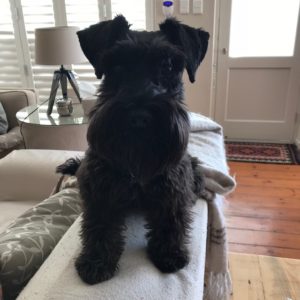 Now…anyone who knows me knows that I am a person with a BMI below the minimum recommended number. I do not have much about me that casts a fat shadow. In disbelief, I stared at this man and wondered what had made the incident turn into a personal attack about my appearance.

With that, I crackled, that he could go around me (and my slim frame) and around my Mini, and get to wherever he was rushing off to. He did just that, with plenty puffing.

I probably looked like some crazy woman or a “typical Capetonian” as someone in a backed-up car shouted. But I do not care. I was not the one who took the argument from being hooted at to it being about my fairly pert derriere. My only misgiving is that I had forgotten about the precious live cargo in the Mini!

I felt like a careless human who had missed what mattered most: getting the hound home for her hello-howls at the leader of the pack (aka Husband), watching her get free-range grub all over her beard, allowing her a brief chance to chase the bunnies and witnessing the evening ear nibble (of the red cat, Italy). With that, I drove away with not a care in the world, with Ivy in the back and my hoarse voice. 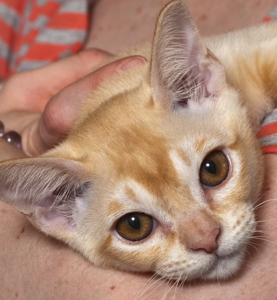