Hi, my name is Monday’s Child and I am an online shopping addict.

There is something so powerful about buying an item online, paying for it and then having it delivered to you in a box, as though it were a gift from a stranger.  When the box arrives, I forget that I paid for the item.  There are times when I have quite a few orders across the world all making their way to me. 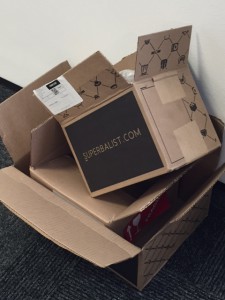 One day’s collection of parcels or gifts for myself!

At the moment, these are the “gifts” being shipped to me:

Yes, this is quite a long list.  I am quite excited about this week as most orders are arriving between now and Friday.  The regular emails I get about progress (e.g. order packed, order being shipped, order almost arrived) are a delight and I can highly recommend this form of self-indulgence which can be initiated from the comfort of your home.

Some of the stranger online purchases I have had delivered to work include:

I went through a phase of ordering Woolies groceries online too. I stopped that because I felt so guilty that our house-lady would receive them and unpack them.  In so doing, she would see that I was prepared to pay over R30 for a bag of grated baby marrows or that I was happy to spend R20 for a tin of organic chicpeas.

The one gift from last week, was a true gift (sort-of).  I bought it online using Husband’s credentials and said to him it was my birthday gift. It is an adorable collector’s item: a batman Labbit. It makes me smile whenever I look at it. Not one for clutter, this was an exception. 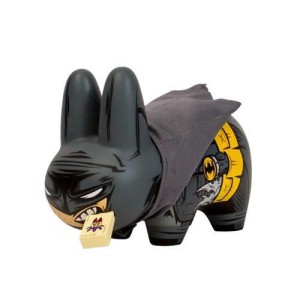 On that note, I need to update my online shopping excel spreadsheet.  This is becoming a job on its own.  Perhaps I need to say the serenity prayer as they do in AA and NA meetings…And finally: I must cool down my credit card, which could turn into a Samsung Galaxy Note 7 inferno.