The ongoing saga of the United Kingdom (UK) leaving the European Union (EU) ventures into a unique legal position whereby a country has to undertake a comprehensive assessment of all its laws to assess what laws to keep and what laws to leave behind on exiting the EU. 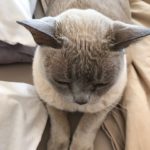 These areas of law include consumer rights, agriculture, aviation, taxes (including customs), financial services and intellectual property. Only recently has the issue of animal rights received some attention.

In mid-November 2017, the House of Commons in the UK voted not to transfer wording as found in article 13 of the EU’s Lisbon Treaty, to its EU Withdrawal Bill.  The latter law, once effective, will repeal the 1972 legislation in the UK that resulted in it becoming a member of the EU (then the EEC) on 1 January 1973. It will also convert all EU law which is directly applicable to the UK into domestic law on the date of exit (which was/is intended to be 23h00 UK time, 29 March 2019).

As part of sifting through what is EU-based law and what is not, article 13’s transfer to UK law on exit day was proposed. The basis of this is that the current UK law on mainly domestic animals, the Animal Welfare Act 2006, is not adequate.  Article 13 states that animals are sentient beings albeit with a carve-out for “technological development policies” and other stated policies while also respecting the customs of member states (e.g. bull fighting in Spain and forced feeding of ducks in France). 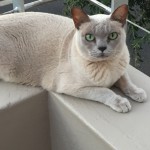 The Animal Welfare Act does not state that animals are sentient beings (i.e. that they have feelings, emotions and interact with one another) despite the UK government’s reassurance that the sentience of animals will continue to be recognised and protections strengthened when the UK leaves the EU, adding that the EU Withdrawal Bill is not the right place to address the issue. The problem with this statement is that animals are not currently recognised in UK law as sentient beings and 80% of animal welfare laws (which is not the same as animal rights, a higher threshold) are EU originating laws.

The Animal Welfare Act only goes as far as recognising that animals, being those that are domesticated, can experience suffering and pain. Ironically, it was the UK that lobbied its fellow member states in the EU as far back as 1997 to include a provision in EU constitutional documents that animals are sentient beings.

The UK government has said that it is not the recommendation itself that is problematic, but rather that the proposed clause for insertion in the EU Withdrawal Bill was faulty and would not have achieved its stated aims. It has also said that it is “considering the right legislative vehicle” for ensuring that animal sentience is recognised on exit day from the EU. The claim of the “faulty” provision perhaps hides another reason why the sentient provision was not adopted: the government needs the EU Withdrawal Bill to pass through parliament with as few changes as possible to keep-up momentum.  Over 300 amendments and 54 new clauses to the Bill were tabled in parliament.

The UK government has thus gone in a circle: first saying that sentience is already enshrined in UK law and then saying it will ensure it is contained in UK law. However, the UK must be praised in many respects for, inter alia, having been one of the first EU member states to ban fur farming and dog tail docking. What is also warming, is that the UK parliament is even debating animal sentience when in South Africa, we are so busy arguing over how to pronounce the names of homesteads, how to count or read figures, that non-human animals do not feature.*

* For the record: During December 2017 a private member’s bill was published for comment in South Africa. It aims to amend the South African Animal Protection Act by prohibiting the sale and manufacture of cosmetics that were tested on an animal in the country, criminalise the testing of cosmetics on animals and criminalise the failure to provide an animal with an appropriate environment. Private member’s bills do not have a history of being passed into legislation in our country and whilst the proposed amendments are laudable, the Act it seeks to amend is outdated and hopeless in protecting the rights of animals.