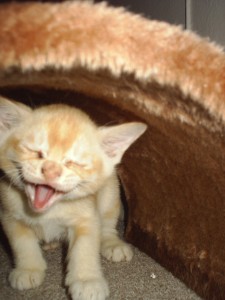 Ever sat in a meeting and someone proclaims that you can “kill two birds with one stone” when taking some form of action or that “there’s more than one way to skin a cat”?

These are two examples of how over time certain sayings have become entrenched in everyday English parlance. There are more acceptable sayings, such as “two peas in a pod” but the negative ones are stuck in my mind because whenever they are used I grimace.

Surely we should adapt the negative ones, making them animal neutral? There have been some suggestions as to what alternatives there could be, for example:

Now, it is not that I have ” a bone to pick with you” or should I say, I have “a bean to pick with you” but do your best to use sayings that are neutral, try not to be “as blind as a bat” or rather “as blind as a turnip” and “don’t make a monkey of someone” or better said, “make a fool of someone”.  Think of this suggestion when it is “raining cats and dogs outside” or more acceptably said to be “raining waterfalls outside”.

On a different note, I finally got to Raw and Roxy in Woodstock, Cape Town.   It is a small raw vegan restaurant. I ordered the lasagne to take away. Filled with red pesto, macadamia nut spread and sheets of baby marrow, I had good intentions of sharing it with my better half.  It was so good, I wolfed (should I say I “gobbled”) it down with nothing left for my better half to taste.  Remember: raw food is very filling.  I should probably have had only half the portion!

Raw and Roxy can be found on Facebook and at 300 Albert Road, Woodstock. 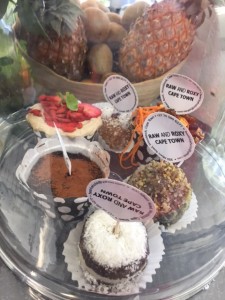 Sweet treats at Raw and Roxy