Since I have a British passport, I owe a degree of allegiance to the Royal family. Plus, I am a sponge for tradition and the Queen resembles my deceased paternal grandmother who was British. I love the combination of history, pomp and ceremony, and the theatrical element to it. I watched a healthy chunk of the Royal wedding of Prince William to Kate. I ogle at Kate’s coats and I followed the stories of the arrival of the two recent heirs to the throne. The arrival of their black cocker spaniel, Lupo, was also followed by myself. Funny that we have not seen a photo of Lupo for some time. Let us hope he has not been banished to the servant’s quarters.

I am however troubled by one specific aspect of British Royalty (the still archaic treatment of women aside) their treatment of animals and attitude towards animals.  Princess Michael, the Queen’s cousin and one who wears fur coats, is quoted as saying last week that animals do not have rights.  This is because they do not pay taxes and they do not vote.

Logically then, one could say that children do not have rights since they do not vote or pay taxes. Expats living in Britain who have no vote and may legally not pay UK taxes would then also have no rights. Her argument is thus flawed.

Animal rights groups have not said that animal rights need be the same as human rights.  The needs of animals differ to that of humans but do overlap in some cases.  Animals do not need the right to vote but do need the rights of access to food, water and shelter.  I refer to my blog on this of 18 July 2015.

PeTA is quoted as responding to Princess Michael that she should “study the subject, rather than making an off-the-cuff statement that reflects the ignorance of the issue of what fundamental rights animals have, which do not include the right to drive a car or build up an overdraft. She should also exercise caution in opining at all on such issues, because her daft assessment would mean that children and certain classes of human beings are also not entitled to rights.”

You may be reading this and wondering why I have qualms with the Royal family apart from the obvious Princess Michael statement.  You are no doubt picturing the Queen with her corgis, dorgis (crossed dachshunds and corgis) or her horses.  She has had more than 30 corgis and used to be a breeder; this is problematic considering that so many abandoned animals need a home. The Queen apparently lets her corgis rule the palace (nothing wrong with that) and they are fed freshly cooked food by the palace chef. They may also be fed rabbit. The latter having been shot by Prince William or Harry. 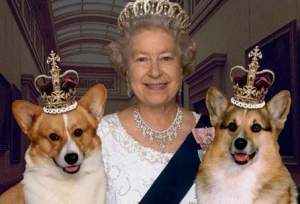 The Queen has been “interested” in horses since she was a child.  She has also bred them. She has racing horses and she appears at certain racing events to support her equines. Horse racing is a gruelling and stressful sport for the horses. It is staged for human merriment without regard for the well-being of the horses. Polo matches are similarly cruel to horses. Both Prince William and Harry play polo and dear Kate watches them play albeit that she is terrified of horses. She certainly did not display any fear when being pulled along in a carriage after tying the knot.

The Queen also has pigeons and in addition to being patron of over 30 animal charities, she is patron of the Royal Pigeon Racing Association. Apparently she has 240 of these birds and they do not roam free. Most are bred as racing pigeons with the balance used for breeding. She supports the old English pastime of fox and hound hunting which is barbaric and Prince Charles is an avid fisherman.  Kate and William watched a rodeo while on their American Royal visit and even wore leather cowboy hats.

I suppose the greatest irony of all is that the Queen has banned veal from all formal Royal dinners yet Kate’s first meal after giving birth to George at the Lido wing, was lamb chops and champagne. I guess she never realised that she had just brought her offspring into the world and then enjoyed eating the offspring of another. Strange days indeed. 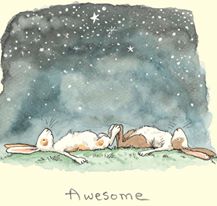