I have read numerous articles and watched various news stations on the killing of the protected lion by an American.  Some may not like what I have to say.

It was a cruel and cowardly act to kill the lion, first with a high-powered crossbow and then with a  gun.  The lion was lured to the kill with bait. Further, the crossbow arrow did not kill him and he lived for forty hours in what must have been immense pain, before he was fatally shot.  As we know, this was all so that the American could have another lion trophy in his “shrine” alongside many other animal trophies ranging from a black bear to a rhino.

Should it matter that the lion was part of a research project, that he was a patriarch, protected ten cubs, that he was a tourist favorite in Zimbabwe or that he was such a fine “specimen” with a black mane? No, it should not. To take the life of one animal is one too many. Would the public have reacted the same way had the lion, called Cecil, been a pig, who was part of a research project, protected piglets, was well-loved by the public and a fine “specimen”? Probably not. Lions and pigs do not capture the same emotive response in humans; pigs are eaten by humans, not lions.  In the place of a pig, you could refer to a cow, a trout, a turkey or a chicken. Yes, none of these latter animals is endangered or protected but as animals, the moral outrage at their cruel deaths should be the same, lest we are seen as having double standards.

While you mourn the loss of a grand animal and if you eat animal products, think about the 100 or so animals who die each year so that you can eat. This number excludes the other animals who die for you so that your eyes do not sting from soap bubbles, so you can wear leather shoes and so you can take a pain pill with some comfort that you will not die from an adverse reaction to it.

Animals die each and every second, in cruel ways, all for one very self-centered species called homo sapiens, translated ironically as “wise man”. 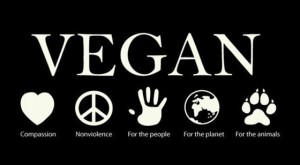