I wonder what would have happened had Martin Luther King said: “I have a nightmare” instead of “I have a dream”. Would it have made a difference to the passage of history?

His words are those of a glass half-full person as opposed to a glass half-empty person. He phrased his vision in positive terms.

The world is essentially made-up of vibrations of energy. Our words and thoughts are energy. Living positively (realistically so) and not negatively has shown to effect all earth’s creatures at a cellular level. Dr Masaru Emotu demonstrated the effects of words on water molecules producing profound results. Positive words resulted in water molecules forming symmetrical shapes while negative words produced shapes which are not pleasing to the eye.

If words, including consciousness, can have an impact on our surroundings, surely any change we seek to make should be framed in positive terms. As a school-girl, if I was wronged by a friend at school and wanted to argue back or sulk, my mother would say to me “two wrongs do not make a right”. I found this to be very unhelpful advice at the time but decades later, I can see the wisdom in it: negativity on negativity will not produce a positive result.

That is why I believe if we are to stand-up for animal rights, we should not have protests. The very idea of a protest leads to images of irrational people on a rampage. Even saying that a protest will be a peaceful protest is not helpful and the words are oxymorons.

To make a difference in the lives of animals, we must not fight for their rights. We must advance their rights, embrace their beauty and promote respect. Animal supremacists may not agree with this approach and may advocate for stronger words and methods. If we want to promote peace, we have to speak of peace.

Mahatma Ghandhi allegedly said: “If we could change ourselves, the tendencies in the world would also change. As a man changes his own nature, so does the attitude of the world change towards him. … We need not wait to see what others do.” 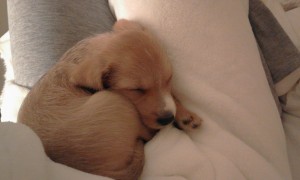