Now in self-isolation in London, this is a test of resilience and better use of time, eating apples and the core, reading books standing unread on the study shelf and spring cleaning. This is the moment to appreciate what we have and not want we do not have, unless it is about having the virus, COVID-19. 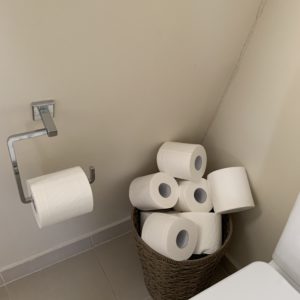 It gives me a dash of insight into how it must have been during World War II. In today’s world however, buildings will stand, homes will be there and most of us will survive this pandemic. We share the same unknown as World War II: when will it end? But let us not call this a war. Let’s rename it an Opportunity. Then we will blossom.

Already community spirit abounds with notes in the post about neighbours willing to help. Looking after others was common in World War II and it is spreading faster than COVID-19 can. 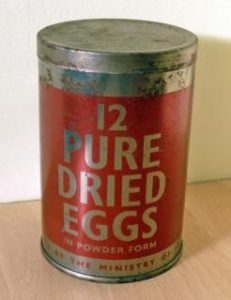 It is serendipitous that for the past few months, I have kept a book in my bag for tube-time reading. It is on rations in World War II.  It is claimed that the patience Brits have for standing in queues comes from this war when people stood for hours to buy their rations. Even though every person was allocated a ration book, it did not operate like a coupon system. People had to pay for their allowances.  In 1940, the first items to be rationed were sugar, bacon and butter. Potatoes and carrots were plentiful. Recipes using “Potato Pete and Doctor Carrot” came out. So did carrot fudge and toffee carrots. 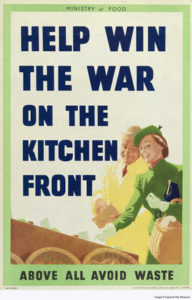 Some items were not rationed (like potatoes and carrots) but the government had set a price for them. These became known as under-the-counter items, such as pheasant or venison. Often it was only the wealthy landowners that had access to these foods. Sausages were not rationed but the meat could be anything from whale meat to offal, and one never quite knew what it would be.

Some items, such as sweets were rationed until well after the war. Only in 1952 were they removed from the rations list. To inspire creativity in the kitchen, the BBC asked listeners to send in ideas for meals. The suggestions they received included crow pie, sheep’s head broth and squirrel tail soup (that would make our Ivy very happy). Cow udders were recommended as a useful ingredient in dishes. 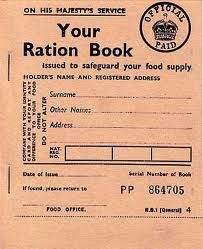 The government’s “Dig for Victory” campaign encouraged ordinary people to dig-up their gardens and plant produce. This extended further than the small home allotment. Even the moat around the Tower of London was turned into an allotment, as were tennis courts, railway embankments, golf courses and parks. At its peak, these allotments produced 10% of the food requirements for the Brits. Marrows, for example, grew in abundance and trust the English to come-up with marrow liqueur.

Households also kept on average 6 chickens, an unrestricted number of rabbits, pigs and a goat. Successful produce meant some ration allowances had to be forfeited and one had to belong to different animal associations each with rules on the number of animals, slaughtering and use of produce. The most versatile of all was the pig where everything from the snout, cheeks, tail and trotters were cooked. The bladder could be used as a football.

Let’s not forget that clothes were rationed too. During the war, it was known that if a bride was married wearing a white wedding dress, it was made from a parachute. Not much different today when you look at what gets dragged down the aisle by an exhausted father. In 1943, if I wanted a new raincoat (with very basic “design”) I would use almost half of that year’s clothes rations. For the balance, I could get a pair of shoes, 1 pair of socks and 1 pair of trousers. That is not even a complete outfit for one day! And since elastic was scarce, you could not expect any in your nickers or trousers. 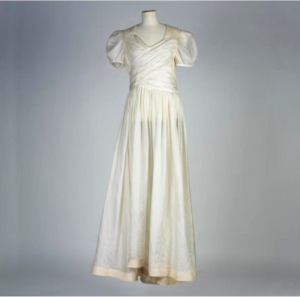 Finally, if you as a civilian wanted to use your car/automobile, fuel was restricted and was the normal petrol colour.  Petrol with a red dye was kept for commercial and farm vehicles.  People went to great lengths to remove the red colour but without success. Fuel was primarily used by the armed forces.

Rationing lasted for 15 years. In our case, we have no German U-boats to fear. They caused most of the UK’s supplies to be at risk and many merchant vessels never made it to the UK. In our modern case of self-isolation, we are in a time of peace. We must keep it that way. The agility we learn from this pandemic will make us resourceful and open-minded to change. It is an Opportunity to nurture. That surely must be a good thing? 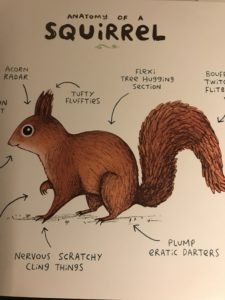