It was 10 days of watching the telly when we could, reading-up on regal traditions, watching the fashion-in-black Royalty and the revival of the United Kingdom of Once-Again Great Britain and Northern Ireland. I am referring to the death of Liz or colloquially Brenda (and not the arrival of that other Liz) although the preferred word is the “passing” of Liz. Either way, the deceased Queen was transported around this island in a lead coffin made 32 years ago of English oak, weighing around 250 kg so spare a thought for the chaps who had to carry this coffin up and down stairs here and there.

All the pageantry came out, suits were dusted off, shoes polished, canons’ cobwebs blasted off, horses fluffed, flags dragged at half mast, florists and Paddington Bear LLP enjoyed a windfall (watch out for that windfall tax) and very few dared to utter austerity, budgets or the riches of the Duchies. Whispers of the ongoing rift between Mexit and the newly anointed Wales’s couple continued even with the strained friendly walkabout.

My mom’s own Royal tour in England started soon after the Queen had died. As we toured Kent, Cornwall and Dorset, we kept updated on the Royal coffin’s whereabouts. We stood tall for the national anthem, we observed the silences and we gasped at this third Carolean era with a King who twice fell apart over a pen. We stared at his Consort looking ever so strained but admired her for being a solid pillar for her Pen-sive King Charles III. Listening to the formal accession proclamation of the King (leading to Pen-gate Episode 1), the old language embodied in 226 words fascinated me. When I read the official text, I smiled. My previous colleagues can relate in horror as I have in the past had my own version of Pen-gate rage but rather at the haphazard use of capital letters, long sentences and poor/no punctuation. I need to be gentle with this text of one long sentence of many words because it goes back to 1603 with few amendments along the way.

I had hoped that the King would have been bold enough to get it right to declare he would be the “defender of faiths, beliefs and non-beliefs” as opposed to being the “defender of the faith” i.e. Church of England (not of the 3 other provinces). What makes this island tick is not because it is a Christian country alone. It is an island of many religions, beliefs and non-beliefs.  Romans, Celts, Vikings, Normans, Anglo Saxons, modern immigrants and things in Loch Ness have made this Queendom and now again a Kingdom a mixture of people dwelling in some extraordinarily beautiful places on this island.

We may never solve the cream tea dilemma of jam versus cream on scone first (vegan options available) but we can solve the dilemma of making the monarchy accessible to all. Trim it down, make it neutral in belief, make sure Charles has a £1 black pen bought from Sainsburys and stop supporting horse racing which is shockingly cruel to horses. All in the right direction of a monarchy for a Kingdom that is facing challenges on all fronts. What we need now is inclusivity and not exclusivity. 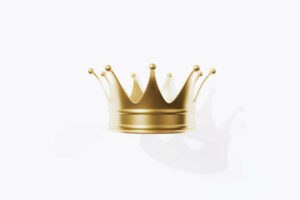