I shy away from saying I love animals. Hence this blog site does not refer to “love” but rather “respect“.

For me, the notion of respect is far deeper and real in comparison with love. The latter word is also ubiquitous and used by people to describe how they feel on one hand about their “pets” but then have a different standard for animals not worthy of being elevated to “pet” status, but rather eaten, worn, experimented on or used in some way for human benefit.

In vegan circles, this well known quote captures this dichotomy:

I also believe that the word “like” is more powerful than love (not of course when used on Facebook). You can love someone but not like them. Liking animals suggests a degree of understanding and a regard for them which is authentic.

Often heard is also that humans are “mad” about animals. This is meant to convey something more than just loving animals. Again, I do not say I am mad about animals. It suggests something irrational and obsessive. The last thing the animal world needs is crazy humans who think going to zoo’s, petting farms, circuses or acquariums demonstrate how much they care about animals, all based on human madness.

If you want to respect animals and truly witness how mad humans have mistreated them, but logical ones have saved them, I suggest you visit the Drakenstein Lion Park (a genuine lion sanctuary for captive bred lions from across the globe) outside Paarl, Western Cape (see my previous blog: “The tortoise and the hare”). If you think you will not be able to cope with the animals’ distressing stories, ask yourself why this is sad but eating a steak is not. 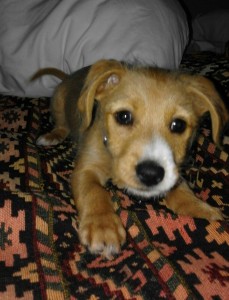 This week, respected constitutional law expert Professor Pierre De Vos wrote on “www.constitutionallyspeaking.co.za” about  anomalies in South Africa on the treatment of animals and the Animals Protection Act.  An insightful article well worth a read and relevant to this blog is the following statement he makes:

“As a society we may choose to hold a sentimental view of some of the animals we are not culturally programmed to eat (cats, dogs and the like) and we may choose to protect only such animals from the cruelty inflicted on them by humans. We may have no qualms with poisoning some beasts (rats, mice, mosquitoes, snakes) that we do not like or that we fear will cause a nuisance, while being horrified by the poisoning of our pets or other “loveable” animals.“