When we bought our house 3 years ago, we had certain non-negotiables. These included a small safe garden for the cats, a garage (a luxury in Cape Town) and a quiet neighbourhood in the City Bowl of Cape Town. What we never specified, was that we needed a kitchen, or that it had to be a certain standard other than being plain and clean, or that it had to be big enough to allow us to “entertain”.

In fact, all we needed was space for cat food to be stored, a toaster, a kettle and a fridge. So when we bought our house, we realised we had much more than this. We have space for a dishwasher, 2 eye level things called ovens and space to put Marmite on toast (Unilever had better not try to increase its price in the RSA like it tried to do with Tesco in the UK). I am dreaming of a retro SMEG fridge as my next purchase for the house, preferably in black, post box red or dark blue. 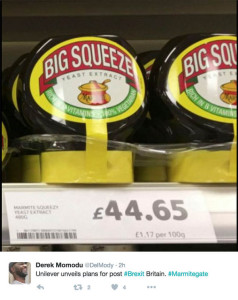 This fascination people have with kitchens and “entertaining” had me thinking about the origins of this part of a home. According to Bill Bryson, the kitchen was an area of a home that was very basic: hearth, table and bench. There was no such thing as a fridge and in time, only the very wealthy had huge ice blocks brought in to cool foods. In a wealthy home with many servants, the kitchen would not be visited by the lord or lady of the house (unless to seek a mistress or male equivalent), hence they had no idea of what went on in the kitchen and its related rooms (such as a buttery, ewerey, saucery, spicery, poultery, avenery, napery, chandry, stillery, pantry and larder). The most junior of servants had to often sleep in the kitchen or in a storeroom. Status of the lord and lady was determined by how many servants they had.

In these olden days, household help had to make their own detergents, soaps and polishes. Food, such as rice and tea leaves, was delivered in bulk only 2 to 3 times a year and had to be suitably stored to ensure it lasted. A middle income household, which had a dinner party for 10 persons, could result in 450 pieces of cutlery and crockery being used. The few times I find myself in our kitchen, I am often hastily told to leave, as I apparently use every spoon we own, all just to make a bowl of microwave cooked oats. In time, as I develop my culinary skills to the level of “able to grate carrots without wounds on knuckles”, I could beat the 450 pieces. What we have, that the folk of years gone by did not have, is a dishwasher (apart from the human form thereof). Imagine washing pots, pans, crockery and cutlery in a kitchen which is far from the dining room, and which requires one to repeatedly boil buckets of water on the open fire? 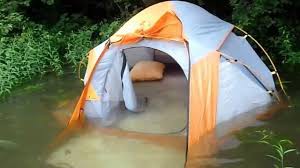 Now some may say that the latter sounds like a camping experience. Therein lies a dilemma. Why would someone want to go away on holiday, only to have to build their accommodation, make a fire out of damp wood, make a little kitchen corner in a wobbly tent and sleep in a zipped-up packet? I do not see why one has to go back to years gone by to feel rejuvenated. I am quite happy with modern trimmings, even if all the fancy appliances in the kitchen cupboard marked “cooking cemetery” go unused.

So, with all this in mind, where does the word “kitchen” come from?  It originated in circa 1200 from the Old English word “cycene” meaning a room in which food is cooked. As to the origins of “cycene”, it comes from Germanic (“kokina”) and the Latin “coquina”. Based on this original meaning, I am going to have to be honest with any estate agent who comes knocking on our door and say that as a kitchen refers to a place where food is cooked, we do not have one. Instead, we have an area of the home which is begging for a SMEG retro fridge and would make a very nice indoor camping spot. 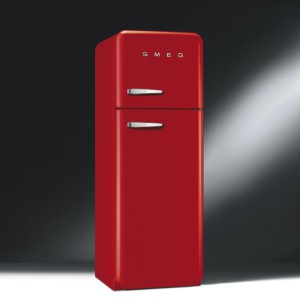 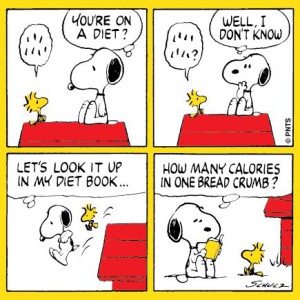