There is much to be said for simplicity. A short while ago, a neuroscientist spoke to a group at work as part of a sustainable leadership initiative. One of her recommendations was that we should simplify our lives, freeing-up the mind to focus on core responsibilities, such as leading and innovating.

As an example, she mentioned Facebook’s Mark Zuckerberg. He always wears jeans and a t-shirt to work. This is how he contributes to simplicity in his life, so he can focus on what is important, such as running a world leading enterprise.

With this in mind, I looked around my immediate work environment with old posters on pin boards and general office clutter. It was the office area of extroverts and not introverts, who in my area are the majority. And so I got going and ruthlessly tidied-up the clutter. I was unpopular with one colleague (our resident extrovert) while the others either did not mind, did not care or supported me. Now I can focus and think when walking through our area to the pause area to get water instead of scowling at the excess. 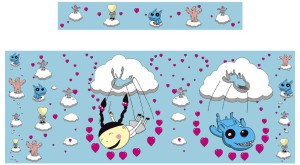 When we go on holiday, my nightmare and one that makes me instantly homesick, is staying somewhere with supermarket porcelain on display, bright fruit bowls, pot pourri in baskets next to toilet roll holders, round little cloths on heavy wooden tables and mass produced pictures. Where I have been confronted with such an apocalyptic sight, I have ruthlessly hidden these things in cupboards (neatly of course) out of sight. Only then can my mind go down a gear and plateau.

As I type this, we are away on holiday again at the Cederberg. Our cottage is for two people. This means that there are only two sets of cutlery and crockery, two towels, two oil lamps (there is no electricity, just gas and solar), two coat hangers, two arm chairs and two outside chairs. There also happen to be only two small birds who sit on the outside porch. It is effortlessly simple. (Note: whilst this may sound like a reference to Noah’s ark, this is not at all a warning of a great flood or other doomsday scenario.)

When we cook dinner on the open fire, we cook two sweet potatoes, two onions (which caramelise in foil) and two veg sausages. There is no need to think too much or debate. In the day, you can walk, read, nap, scratch for fossils or think about what is important, such as how did the striations in the vast mountains come to be and why is it so difficult to use a Sanskrit dictionary?

If I told you that by adding two rooms to our house (we now have 3 floors for two humans, two cats and two rabbits….quite a lot of open space for this tally) we have had to have less furniture than more, you would think our maths is wrong. Adding new rooms, has meant we needed to restore the equilibrium at home and make sure that the new space does not complicate the existing simplicity we have. Whilst we have had to get a few new items, we have given away or thrown away far more than what we have acquired. I did not want the rooms to be sign of excess and clutter.

Harmony, via simplicity, should be what we all strive for. One way to achieve this is to free the brain and mind from that which clogs the neural highways. I may not be able to go to work in jeans and a t-shirt everyday, but I can strive to eliminate complications in my daily life. My function at work is to unravel what is complicated and inaccessible. At home, we have routine and traditions (such as salmon sushi for husband and avocado maki rolls for me on Thursdays). It may make you think this is dull but to the contrary, it frees the brain to come-up with grand ideas such as adding new rooms to the house! 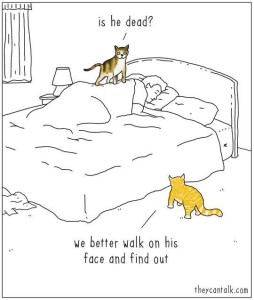