I have a bankable business idea. I am going to enter the toy market with two new dolls: Karbie and Ben. I am calling it Project Sunrise.

Granted I am not an ideal role-model for playing with dolls as in my younger days, I was more likely to turn a doll into a voodoo specimen, with thick black eye make-up and my own frayed homemade clothes.  That aside, I can say that my own Barbie (before she had been given the goth treatment) never struck a positive chord with me. She was too tall, her waist unnatural and her face was too Botoxed before Botox was available.

This echoes the views of the millennial mothers. These mothers have refused to buy Barbies (poor Ken has dithered in importance and taken a back seat, perhaps the only feminist consequence of the Barbie era) because they say the Barbie body is a poor image reference for young girls.

After 56 years, Barbie is now available in 33 variations, a product of Project Dawn at Mattel, her creators.  She is available as regular Barbie (i. e. 5 ft 9 and weighing 50kg  if she were a real human), curvy Barbie (“fat Barbie” as young girls in interest groups have termed her), tall Barbie and petit Barbie. 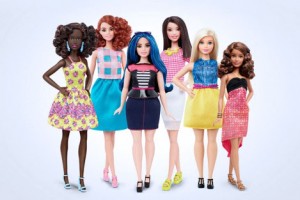 Will Barbie in her new forms be a success? Time will tell but I am somewhat disappointed as I had hoped for a curvier curvy Barbie. Hence, my new doll called Karbie, with Ben somewhere in her presence. No major changes for Ben other than that he is a devout vegan, drinks no alcohol, despises brands names, wears rumpled T-shirts and is a house-husband.

As for Karbie, here are her appealing attributes:

🍰  she is a light green shade – race does not feature. This does not mean she is an alien. I do not believe in aliens. This green doll will also appeal to the greenies among the millennial moms, as 0.3% of her chin is made of recycled packets. If one looks closely, Karbie’s skin is wrinkled, freckled and her thighs are not as smooth as one would hope

🍧  as her name suggests, she is big on eating carbs / carbohydrates and remains a silent yet committed vegan

🍫 she only wears flats, preferring puffy slippers and slip-slops

🍩  not a creature of fashion, she wear jeans and a T-shirt most days, and toy shops do not sell any wardrobe alternatives

🍭  she had a handbag with a small cellphone but lost the bag; she is very forgetful because life is ultra demanding even if all she does is hold-down an average job that pays the bond and she watches the television when she gets home because Ben is not a fan of talking (ideally she should have a rescue animal as a home companion – Barbie has had 40 “pets”)

🍪  Barbie has a range of objects that can be bought, such as a car, house, clothes, shoes and furniture. Karbie has none of this. Apart from Ben, there are no other objects she can possess. The focus is on bang for the parents’ buck.

I am not interested in mass marketing Karbie and Ben. Like Mattel, my new dolls will be available online only at first. If being shipped in my home country, we will advise that there is no post office in reality, hence delivery is via drone or long haul courier truck, as there is also no rail service in reality. If buying from outside my country, you will swiftly receive your package via courier.

All over the world, 3 Barbies are sold every second. It is ironic that a doll for little girls was inspired by a German doll given to adult men as a novelty gift. Whatever her origins, Barbara Millicent Roberts, aka Barbie, has dominated toy shops for decades. Together with new curvy Barbie, here is hoping my green Karbie (no photos available yet due to slow crowd funding) with Ben in tow, marks the beginning of a reality check. 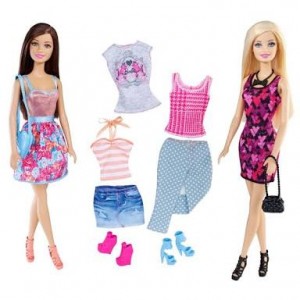