What happened to humility? Not in the sense of eating humble pie but in realising that the self is not that important in the bigger whole.

Over a month ago I deleted my titles from my work email signature. One of the reasons for this was to be known not for my role or title, but for the value I may bring to the business for which I work. There are times when a title is very useful. It can assist in making a tardy colleague act quicker in response to a query or take your views seriously. Over the past month, however, title or no title, there has been very little real difference in response times to my emails: the tardy have remained procrastinators and the reliable have responded promptly.

What it has done, is helped me take a step back at work and look around me. I am just a person working to live and not living to work. There is no place for ego and self-importance in an office where calmness and rationality should prevail. We are all valuable, simultaneously and paradoxically unimportant, and replaceable parts of the engine room of a large organisation. 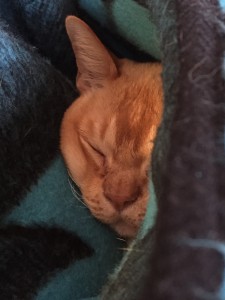 In a way, being without a title, I have to work harder. The contents of my emails have no back-up in the form of a title. The words I use and the advice I give have to be solid enough on their own. The time will come when I am told to put back my titles on my email signature, but until then, I am just a cog in the wheel.

The Oxford dictionary defines humble as “having or showing a low estimate of one’s own importance“. A Collins dictionary from 1962 describes humble as “modest“. Words and their meanings change with time and I prefer this latter meaning as it captures what I believe the word “humble” to mean.

Further, the root of the word humble comes via Middle English, Old French and finally the Latin word, humilis, meaning “low” or “lowly” and humus, meaning “ground“. This resonates with the idea of being grounded and earthy, or even down-to-earth. Think about how it feels after a long day at work when you take off your shoes and walk on grass. It is a leveller and grounding experience, despite its simplicity.

BKS Iyengar, in his book “Light on Life” says “be inspired but not proud“. He also says that only the practice of meditation will eventually erode the attraction between ego and self-identity. Meditation is hard work. To me at least.

Iyengar yoga focuses at first on quietening the body which one achieves in time with consistent dedicated practice of postures or asanas. It is only once the body can be still, that one can quieten the mind. Meditation is for the advanced yoga student but if one is fully present while doing asana’s, there is a degree of meditation that happens.

Living in Cape Town, we have the roaring south-easter in summer. My yardstick for knowing if I have been fully present during a yoga class, having left the ego behind, is if I have failed to notice or forgotten about the wind outside.

Yoga is a wonderful tool in the quest for humbleness. If one practices it with the ego leading, you could injure yourself by over-stretching or simply, you may not end-up doing the asana correctly because you are focusing on the end result (which is a physical pursuit). You will never find mirrors on the wall in a classical yoga studio. One has to work as hard on the inside as well as the outside of the body; ego gets in the way of this. 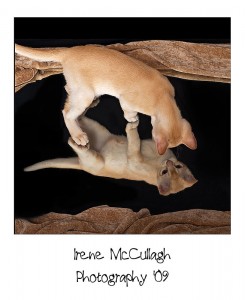 There are many paths to reaching humbleness. Yoga is one such path. In our present world, the ego has so many opportunities to dominate. Think about the selfie culture. A UK survey from 2014 (conducted by OnePoll) revealed that the average woman between the ages of 16 and 25 spends about 5 hours a week taking selfies i.e. 48 minutes per day!

I have only ever taken about 5 selfies of my face. I was so upset by the result that I have banished the idea of selfies from my mind. Whether this was an act of humbleness or the horrified ego, I can only guess.

I read a quote from an article online on humility (www.sober.org):