Simple wisdom from unexpected sources can be powerful. This may justify calling a human homo sapiens or wise man (neutral reference), the scientific name for the only existing human species. The word wisdom or sapience refers to the ability to think and act using knowledge, experience and understanding. 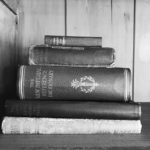 I am often caught unawares by the insightful comments made by the least expected people. I sit in meetings almost every day with technically clever people. It is these people that can be arrogant and who pretend to be experts in many fields.  There is a danger to this, particularly when the culture of an organisation becomes that of a yes-man (not a neutral reference).

If we think that the solutions to today’s problems can be found in meeting rooms and boardrooms (public and private sector), we are wrong. Today’s answers are around us. They are found in the words of the quiet and thoughtful person who is going about her daily life beset with challenges but with moments of grace and courage.

We can also learn from the instinctive wisdom of our four-legged companions, who live each moment with gusto. They teach us spontaneity. They comfort us in times of confusion. They remain wise while the world of Trump, Kim Jong-un, Putin, Mugabe and all the South African cronies (too many to name) believe their power can make the earth spin in any direction on command and that all the riches in the world are theirs. Perhaps they are better suited to the previous name of homo sapiens, being homo diurnus, meaning man of the day. It does give a relieving sense of expiry to these plunderers. May their days be numbered….. 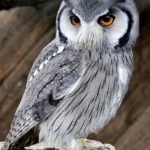 If I look at the gentle harmony we have at home with our seven non-human animals, I realise that harmony can only be achieved through instinctive wisdom, mutual consideration, with a touch of spark or attitude.  I am humbled by the red cat’s patience while Ivy roughly licks his ears.  The determination of the tortoises to come out of their shells when Ivy is staring at them. The lilac cat’s sphinx pose as she watches Ivy dragging a bath mat around the house, reveals a cat deep in contemplation. The rabbits watch on and give Ivy a chance to have her daily flip-over as their food bowls are topped-up by Husband. I call this bliss. I call this living life. I call this natural insight flavoured with wisdom.

Why is it that humans cannot live by wisdom and live-up to their species name? Why is it that as we enter adulthood, we sprout third molars called wisdom teeth but this is no sign of wisdom as one of the wisest people I know, my dad, never had these teeth? Wisdom does conjure-up ideas of owls in trees and becoming older but this is a traditional view of wisdom. I have met some people older than myself who are rather dim. There have been younger people who have surprised me with their clear insight, such as my step-son. The word wise can be a noun, verb or adjective. It is a versatile word with roots in Old English and as an adjective can mean learned, sagacious or cunning.  The opposite of wisdom is folly.

Perhaps we should rename planet earth to Folly Planet, shortened to Flanet. As the world is on the brink of erupting into more wars with Rocket Man and others, as Africa starts its war on water with Russian weapons, as Trump continues to tweet or speak-out his tremendous Trumpisms about non-existent places like Nambia and as the UK attempts to become an island again but with a special and deep partnership with the EU27, our chances at being the wise men (neutral reference) on a Wise Planet are fading. 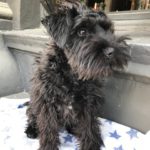 Thankfully we can look to four-legged animals and other animals who continue to survive on Flanet against all odds. They bear no weapons, use charm instead of corruption and do not seek to abuse the offerings that Flanet has. I call this Wisdom.