There is a high profile UK divorce taking place at the moment.  A former Pirelli calendar model, Christina Estrada, is divorcing Sheikh Walid Juffali who has a £4 billion fortune. Technically, they were divorced in Saudi Arabia but now the ex-wife claims that she needs more money, more luxury and a bigger clothing allowance. It appears that the UK courts can give her rights to such claims that she would not otherwise have in Saudi Arabia.

One of her demands is that she be entitled to a new fur coat every year to the value of £40 000. I could buy a small house with that money. I cannot relate to the need to be clothed in someone else’s skin or fur. Given that Ms Estrada is likely to have under-floor heating in her homes, cars with heated seats and all the places she frequents are heated, her fur coats are not needed for warmth but rather that strange concept of feeling privileged to be wealthy enough to have the fur of numerous dead animals draped all over your body, minus the dripping blood of course. 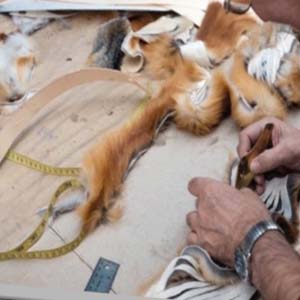 This is one example of an industry that has grown to a $40 billion industry per year. Fur pelts are used for clothing, soft home decor and accessories. Once the winter fashion item of rich women (a la Ms Estrada), real fur is now fashionable in mens’ attire (up to 5% of total fur sales) and it is no longer restricted to winter. Real fur is being combined with other textiles such as fusing it to felted wool or weaving it with real fur fibres or silk. This produces lighter versions of real fur products and laser machines have increased the use of real fur trim. There are some 400 real fur stores in Dubai, a country where summers are on average 41’C.

In China, cats, rabbits and dogs are used for their fur. Minks, foxes, chinchillas and raccoons are also used in China and elsewhere.  Most real fur comes from fur farms with a small percentage of animals being caught in the wild with traps (equally a cruel way to die). Where fur is farmed, animals can be skinned alive as often the electrocution method (via their female private parts or rear, or by means of gassing or poisoning) does not kill them. One only has to watch “Earthlings” to see the horror of animals skinned alive. This documentary shows how animals farmed for their fur are kept in cramped cages, with open wounds (some self-inflicted from stress), some are lame and the cages are often shared with animals that have died. 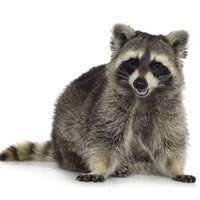 Fur farming is illegal in Austria, Croatia, England and Wales. In 2014, China produced 35 million mink pelts. Fur pelts are sold via auction – Saga Furs and Kopenhagen Fur are the biggest auction houses. I look at my dear rabbits happily bouncing around in our small garden and I wonder why anyone would want to wear their fur. I cannot relate on any level to such a want or desire.

There is some light at the end of this gruesome tunnel in that fake fur is becoming a medium of its own rather than an alternative. Selfridges has a policy that it will not sell real fur items and has seen the fake fur market becoming an all year round market with fake fur regarded as a versatile, high quality fabric.

The demand for fake fur is due to changes in the manufacturing of fake fur.  There can be patterns printed on it and various colours produced. Its image is also enhanced by high profile designers and those in the fashion industry endorsing it and refusing to use real fur. Ralph Lauren, British Vogue, Tommy Hilfiger, Calvin Klein, Net-a-Porter, H&M Group, Inditex (owner of Zara), Topshop, Shrimp and Stella McCartney will not use real fur. The demand for real fur, is however being fuelled by the economic powerhouse, China, with Hong Kong playing a leading role in the fur trade. 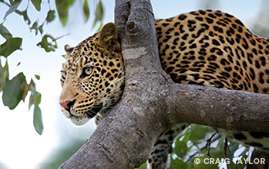 Closer to home, an international NGO called Panthera, is trying to change perceptions about real fur with the Shembe Church community (based in KwaZulu Natal). Married male members of this church have been wearing real leopard fur as part of Zulu traditions, with such pelts originally bestowing power on the wearer and today, the wearing of these pelts is a status symbol.  Panthera, without any force, has supplied for free more than 8 000 fake fur leopard skins to the church to encourage its members not to buy real fur (which costs R4 500 per pelt or amambatha). In the next 2 years, it will distribute a further 13 000 fake furs.

The fake furs have been well received because apart from being free, aesthetically they look like real fur, they are washable, dry quickly, do not lose shape and last longer. There are probably an estimated 3 000 to 5 000 leopards in South Africa (and currently, CITES lists leopards under its appendix 1 for endangered animals) and the number of real fur skins used by the Shembe Church prior to Panthera’s intervention was almost 3 times the largest estimated number of live leopards in our country! In January 2015, due to Panthera’s activities, the number of church members wearing fake skins had increased to 39% (in the previous year: 10%).

What to do with a real fur item you have and which you do not wish to wear again?

As I have written before, there are a few ways to approach this: (1) you can give the item away to charity to sell on; or (2) you can give the item to a homeless person sleeping on the side of the street to keep warm and thereby devalue the item. Personally, I would dig a deep hole in my garden and bury the item. I would plant a lemon tree or a yellow rose bush on it to remember what is buried and that I honour the animals who died.

If you live with a companion animal, look at him or her and ask: What would I do if someone tried to skin you? Would I ever wear you? What makes you different to me in terms of being a sentient being? Would I wear my brother’s skin? I am sure your answers to these questions will lead you to a decision that you will never again wear real fur…..and perhaps also leather. 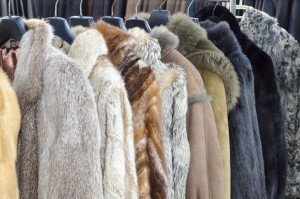 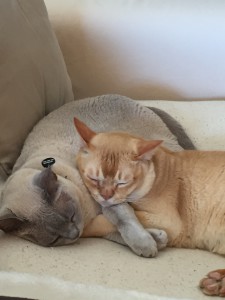