I went to an all girl’s school (Husband calls it a convent; it was not a convent) where we had to wear regulation underwear, have sunblock in our hair parting, fold our socks over once only and the hems of our brown tunics had to touch our knees when kneeling down. With all this discipline came a very high standard of education. During assembly we did not sing the national anthem and neither did the school fly the South African flag. Instead, we flew the flag of our patron saint and sang the hymn “I vow to thee my country” in the place of “Die Stem”.

One would be surprised to learn that an area where the school did not excel, was in vocational guidance. With 2 more years left of school we spent only a few hours during the school year being exposed to our career options. What emerged was a clear pattern of the school’s 3 chosen professions: one could be a florist, a psychologist or a lawyer.  The top student was allowed to consider actuarial science or becoming a medical doctor. 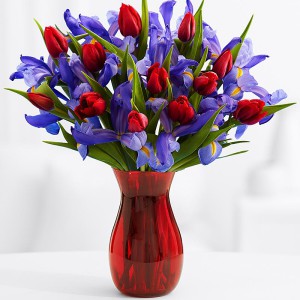 Those who struggled academically were encouraged to become florists. The others, apart from the top student, could be a psychologist or a lawyer. I fell into this group. The dream job for our year was to become a marine biologist. Today teenagers dream of becoming a DJ or graffiti artist. Our equivalent was the world of dolphins and sharks. I am not sure if we really knew what a marine biologist does and what they earn, but since swimming was my school team sport, I thought I had the skills for the job.  Alas, I was told to become a lawyer. The reason for this was that I liked to read.

For any person who has ever tried to read a court case judgment, legislation or a legal reference book, you will understand that reading for pleasure and reading legal jargon only have one thing in common: they both use language. That is where it ends. I have picked a random section (section 3) from the South African Companies Act to show how different legal language is to relaxed everyday reading language:

person or any of its subsidiaries, alone or in any combination—

(i) is or are directly or indirectly able to exercise, or control the exercise of,

that company, whether pursuant to a shareholder agreement or otherwise;

(ii) has or have the right to appoint or elect, or control the appointment or

election of, directors of that company who control a majority of the votes

at a meeting of the board; or

controlled, alone or in any combination, by persons contemplated in

To grasp such convoluted provisions, I studied at university for 6 years and did articles for 2 years to become an admitted attorney. Nobody told me that being an articled clerk would mean I would be sworn at, required to pour tea at meetings, take minutes and run up Long Street in the heat of summer to get to the court to issue summons before it closed. Plus, nobody warned me that my male counterparts would not be pouring tea, making photocopies of court files or taking minutes, or that changing my surname after getting married during articles was a huge blunder in the legal profession.  You see, women and men are not equal in the eyes of the legal profession.  I have heard of women lawyers who became pregnant, being shown the door (in contravention of labour laws).

What I really wanted to be after school (dolphins and sharks aside), was an artist. I wanted to spend my time in a quiet corner with canvas and oil paints. I wanted to smell the linseed oil, see the shine of bright paint on a canvas and get lost in another world.  As an eager young girl, I was a student on Saturdays at the Johannesburg School of Art. There we were left to draw still life scenes, paint Egyptian scenes on blank building walls and tour the local military museum to get inspiration. The latter is a bit strange, I know.

The young career artist in me was slowly killed-off and by matric, I realised I would have to paint in my spare time. My career path was set in stone and together with my fellow students, we thought we would eventually head-up the United Nations or the OECD, become world leaders and save the world. Not that there is anything wrong with motherhood, but at my 20 year reunion at school, I was the only professional. As my old school friends and enemies swapped cellphones over a very draining lunch, showing photos of their children and discussing plastic surgery, I was only able to share photos of cats and Husband’s motorbike.

I hope that today, those at school get better practical assistance when it comes to career choice. I am lucky that it worked for me, and that my iphone is flooded with photos of non-human animals and motorbikes, and that this makes me joyful. I am also lucky that I found Husband and as a team, I come-up with creative ideas of what to renovate at home (almost the same as having a giant canvas) and he bears the responsibility for making them happen.  Perhaps my school did me a favour: it saved a part of my soul for life after work each day instead of selling my creative side for a living. 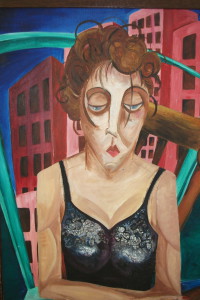 Painting I did when I was 17 years old