My better half and I dragged our weary selves to a documentary on Friday evening at the Labia (Orange Street, Cape Town) and watched a documentary called “Boom Bust Boom” (UK/Netherlands, 2014).  It is about the 2008 financial crisis and why it is that we as humans seem to have mastered the art of ignoring history –  so-called “financial amnesia”, by driving the economy to crisis after crisis, time and time again.

There is an age restriction of 13 years and I cannot fathom this out unless the topic is too complicated for younger humans or we want to shield younger humans from older humans’ stupidity.  I am going with the last option.

Delightfully, the movie has Terry Jones in it (from Monty Python) who co-wrote the script with Professor Theo Kocken as well as other esteemed academics which includes 3 Nobel Prize winners.  I studied ekonomiese wetenskap/economics for 2 years at Stellenbosch in my undergraduate degree and even though I battled away with the Afrikaans professor’s very formal vocabulary, I managed and to this day, I can appreciate the simple rules of demand and supply, an Adam Smith theory or two and fiscal drag.  We never, however, looked at financial risk management and behavioural finance (i.e. how humans deal with money).  It now appears that what I learnt at university was not all correct or adequate.

The documentary sets-out the present world view of the economy (based on the equilibrium concept) and how this clashes with reality. The views of the American economist Prof. Hyman Minsky are presented, embodied in what he called “endogenous instability” and given as a more realistic world view of the economy.  The present unrealistic view of macro-economics is embodied in the neo-classical equilibrium theory.  The latter involves applying micro-economic models to the macro-economy, and culminates in markets always reaching an equilibrium. These models do not include or accommodate crisis situations or debt-driven depressions which are protracted. In other words, the prevailing models do not deal with a depression situation such as in the 1930’s or the more recent financial crisis we had. Minsky’s view is that in a stable economy which is subjected to external shocks, these do not get processed by the economy until it reaches an equilibrium. He says that big unexpected external shocks may be troublesome but they are not the reason for deep depressions. Further he says that the major destabilising moves are created within an economy (i.e. internally, such as debt).  This is a process that keeps repeating itself and he refers to this as endogenous instability.

It is human nature that contributes to the instability (if not the cause) in that in times of financial euphoria, there seems to be a period of high returns on riskier financial investments despite the real economy growing at a slower rate than the financial economy. Humans are functioning in a positive space as regards their views on the economy and for as long as they get a period of positive returns, they are going to risk-rate the underlying risks of their financial decisions lower. This leads to an inverse relationship between risk and return and Minsky says that this component is greatly underestimated as a key psychological flaw in the creation of financial bubbles.  Eventually, the stability (and complacency of humans and regulators, as well as overconfidence) leads to instability. It is in times of a financial meltdown that regulators tighten the rules and governments have to step-in (for example, with lending) and when all appears on the surface to be fine again, regulators relax the rules. This repeats itself time and again, because of human traits such as cognitive biases.

To resolve the problem, Minsky says we have to act now. He said this in 2012. If we leave it much longer, financial amnesia will set-in; we are worse off now than in the 1930’s considering official debt levels. Education of financial and economic history must receive prominence and students must be taught about financial crises, bubbles and that instability is a normal factor of capitalism. The theory of endogenous instability must be accepted by macro-economic researchers and debt indicators (such as private debt and total debt as a percentage of national product) must be seen as valuable indicators of stress.  In addition, policymakers need to adopt the theory of endogenous instability and relevant indicators.

My only animal-rights based criticism of the documentary was the use of monkeys on Monkey Island (Puerto-Rico) to confirm human behaviours when offered different options and benefits.

All in all, it was well worth seeing. Good intellectual value and clever use of multimedia. It also reminds me to find a few Monty Python videos and indulge in absurd humor and the chance to escape from the reality of subjects like … economics. 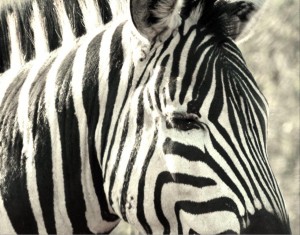