Dragons on this island

During lockdown, there is time to ponder. I happened to look at the Union Jack one day and wondered how it came to be. 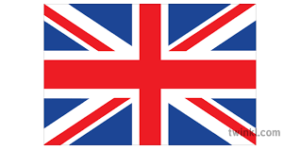 It is a combination of the flags of the patron saints and their associated countries that make-up the United Kingdom: St Patrick for Northern Ireland, St Andrews for Scotland and St George for England. Missing from this list is the flag of Wales namely the flag of St David which has a bright yellow cross (not diagonal like the St Andrews cross) across a black background. This is odd when you consider that Wales has been “attached” to England since the 1500’s which is far longer than any of its other countries.

The Welsh flag, which was finally adopted in 1959 in its present form, is very distinct. Together with Bhutan, the Welsh flag is the only other national flag to have a dragon on it. The red dragon is at the forefront of a green band and a white band. The story goes that the red dragon hails from around 655AD during the reign of King of Gwynedd, and possibly before this because in Roman times the dragon was a war emblem and it is thought that warriors had a military flag called a draco. It was a piece of cloth attached to a long pole which made a hissing sound when the wind blew, making it sound and look like a dragon from far. When the Anglo-Saxons came along and invaded the island, they were seen as being represented by a white dragon. The Welsh slayed the white dragon hence the victorious red dragon still features today on the nation’s flag.

The green and white bands of equal size on the flag come from the time of the Tudor’s in the 15th century (e.g. Henry VII) who claimed Welsh ancestry and their livery was green and white.

Not all have liked the red dragon on the flag. There was a request to have the red dragon added to the flag of St David in years gone by. Those of strong Christian faith did not want a satanic symbol in the form of a dragon, added to the saint’s flag, with it flying high on steeples and the like.

To end this brief blog, you have to know what The Red Dragon is in Welsh or Cymraeg: Y Ddraig Goch. The pronunciation is gorgeously guttural but not coroni-friendly. I will not do the words any justice by trying to write them phonetically. All I can say is it conjures-up images of mighty dragons with wings.