I have been wondering what to write since my last blog. Almost 6 weeks have gone by since my brother’s passing and I feel that those that he left behind have embarked on a journey of rediscovery.

In the midst of the sadness and the grief, we have had to accept the vacuum left by David’s death. We must now honour his memory whilst at the same time, fill the hole. Giving oneself permission to fill the hole, as well as accepting that it is okay to do so, is a daily inner struggle for me. In the days immediately after his death, the hole was temporarily filled by the frenetic activity that accompanies death, from identifying the body, arranging the ceremonies and cremation, to packing-up his few belongings. Then, after all this, the hole emerged stronger than before. Just as the flowers started to wilt, the hole took hold. Perhaps against my better judgment, it was during this time of the gaping hole, I set-off on a business trip to London. The buzz of Oxford Street, the sounds of the underground and the smells of coffee-on-the-go are usually energising. This time, I felt sapped. It was as though my body was going through a process of draining my cluttered thoughts around my brother’s death and his life, and with it, it drained the rest of me. 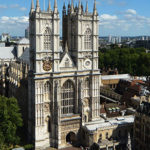 My brother died an ardent atheist. Yes, one could argue that he had replaced one god with another, being Christopher Hitchens, but it opened-up the possibility for us to approach his death with all philosophies and religions in mind. From lighting candles inside old churches and Westminster Abbey in London, to the Tibetan Buddhist ceremonies held for him and the family gatherings on the beach in East London (RSA), we have made sure that wherever he is, he is safely making his way or has made his way to a place where his soul is delicately held and at peace. I like to think of him as a butterfly who has found his wings and emerged from a dark cocoon. 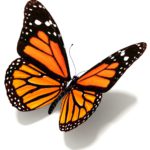 As a small family, we have no anger at his decision to die. We have no anger against each other. His death has not divided the small family unit. We are a united unit, sharing our thoughts on David and being open about our feelings. We will get through this.

We have each other.