We have two time zones at home: my little home office where hours are obsessively adhered to because I have to cram in meetings and deadlines in an 11 or 12 hour working day while outside of this, time is malleable. There are no wall clocks and an old clock from my grandmother remains at 5 o’clock. With a constantly hungry cat, who wakes me up at 04h00 by biting my head or giving me an eyebrow piercing, there is no need for an alarm clock. 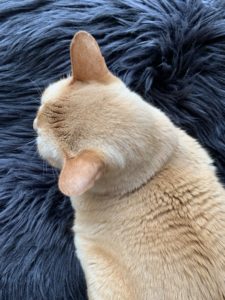 My alarm clock with no snooze button

In the day, we hear the bells from an old Catholic church which chimes at 09h00, 12h00 and 18h00.  Which reminds me that my last blog was on time, ending with a riddle from Gollum/Sméagol. I have since delved further into the concept of time.

In the middle ages, most people were not able to tell the exact hour because it was not needed. They relied on the passage of the sun to tell what “time” of the day it was (which makes me wonder what the English did). Telling the time was more important for those adhering to a religious order because there were set times for communal prayer. Sundials were used, as were water clocks and one’s own body clock. Bells would be rung from cathedrals to summon communities for prayer, to mark special days, announce curfew or market days. Where a town had a bell, workers could sell their services because they could charge by the hour (sounds like the dawn of lawyers’ fees) and the working day could be time-regulated.

In the middle ages, the time between sunrise and sunset, and sunset and sunrise, were each divided into 12 equal parts in the same way as in ancient Rome. People believed that time belonged to god and should therefore not be wasted. Interestingly, the minute hand existed in the late 15th century but it was not used. It took a long time for it to be accepted and was only added to clocks in the 1680’s.

Moving ahead to the late 1800’s and here is something that not even Brexit can take from us: the Greenwich meridian and GMT or Greenwich Mean Time. From 1884 to 1972, the world used GMT as the international standard of civil time. GMT is today, the standard time in the UK which until the mid-19th century did not have one time zone across the island. It was the expansion of the railways that made a standard time a necessity. In 1880, GMT became Britain’s legal standard time, which was the time in London, and annoyed a few people up North, West and South hence Bristol for many years had a clock that showed Bristol time which was 10 minutes behind London. This is why Bristol clocks had two minute hands: one for London and one for Bristol time.

2020 may have been a year of inconsistency, confusion, agility and patience but one thing is true: Big Ben, representing one of the most exciting cities in the wold for 162 years and now a city temporarily in hibernation, will soon be heard at midnight, marking the end of the year of the modern pandemic and the end of the Brexit transition period. Let’s hope the UK enters 2021 with thoughts of good health and useful sovereignty. We will be a nation a bit like Big Ben: being renovated, steeped in history, moving on to a year where stability and normality will be treasured. 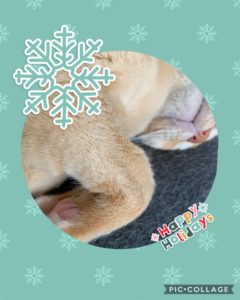