Animal selfies and the law

You may have heard of the curious case of a 6 year-old male crested macaque monkey (a critically endangered species, correctly referred to as being of the Macaca nigra species), named Naruto, living freely and autonomously on the Indonesian island of Sulawesi, who in 2011 picked-up the unattended camera of a photographer and took selfies.

These monkeys are attracted to visual images including seeing their reflection in a mirror or camera lens. They also have grasping hands and opposable thumbs with the ability to move fingers independently.  The plaintiff’s papers before the court argue that Naruto’s use of his hands in any activity results from his intentional, purposeful and concentrated action, not mere happenstance or accident, and that this species is highly intelligent, capable of advanced reasoning and learning from experience.  Thus, picking-up the camera and pressing the right buttons were not accidental actions of Naruto.  He had heard the sound of camera shutters closing before from many of the visitors to the island and had observed cameras in use.

The British photographer’s photographs were published  and among them were included these monkey selfies.  Both Mr Slater (the photographer and camera owner) and the book publisher falsely claimed to be the authors of the monkey selfies and that they are the copyright owners, and sold images thereof for their profit.  This amounts to a continuos and repeated infringement of Naruto’s copyright. 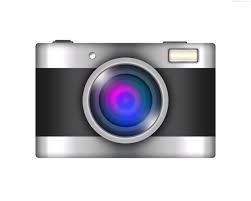 PeTA, on behalf of Naruto, instituted action in the US District Court in San Francisco against  Mr Slater, his company and the company that published his photographs including the selfies. The wildlife book which featured the photographs (one was on the cover) was sold for profit in America hence there was jurisdiction in that country to institute the action. PeTA is claiming copyright infringement and the amount of damages being claimed will be determined during the trial which will follow. It also claims that copyright of the selfies vests in Naruto and not the photographer or his company because the selfies were the result of a series of purposeful and voluntary actions by Naruto, unaided by the photographer.

No-one cited in the case disputes that Naruto took the selfies, however the court is being asked to declare him the author and owner of his photographs. This would then mean that he owns the copyright in his photographs (i.e. he can claim authorship to his original works) and can claim damages for copyright infringement due to the use of his photographs in a wildlife book. With that comes the right to decide how to use the photographs and possibly also obtaining royalties.

Apparently American copyright law does not rule-out an animal from owning a copyright – it merely grants copyright ownership in the US Copyright Act of 1976 to the author, with no mention of the species – the important word in this law is “authorship”. As the author of the selfies,  Naruto (just as a human would be) is entitled to own the copyright. PeTA also asked that the court make an order that it and a well known German primatologist and ethologist (also acting in the case on behalf of Naruto) administer Naruto’s rights on condition that all proceeds be used solely for his benefit, his family and community including the preservation of their habitat.

I am not familiar with American federal law but have read that should PeTA succeed, this will be the first time that a non-human animal is awarded the rights and benefits of copyright. In South African law, copyright falls within the law of intellectual property. This area of the law include patents, designs and trademarks. I doubt whether Naruto would succeed in a South African court as the RSA Copyright Act confers copyright on a qualified person(s) and in no case, does the word “person” (which includes South African or Berne Convention companies) extend to non-humans.

The American justice system is generally quite removed from ours and seems to be more pliable. Having said that, there are strong arguments that copyright can only vest in a human or a corporation, and since in this case the selfies were taken by a non-human animal, there is no copyright in the photographs and they are freely in the public domain, making websites such as Wikipedia rather happy.

Since the issue of copyright has not been resolved, I am not comfortable posting a copy of one of the selfies. Instead, here is a link where you can see one of the photographs and make-up your own mind about all this monkey business:
http://www.slate.com/blogs/moneybox/2014/08/06/monkey_selfie_who_owns_the_copyright.html