With the glories of India imprinted on my mind forever, I wanted to delve deeper into what makes this vast and populated country work. I did not want to venture into the political nature of the world’s largest democracy; I was looking for something non-political. There is a culture of acceptance and tolerance that is ingrained in the depths of the land and that goes into the realm of the spiritual. 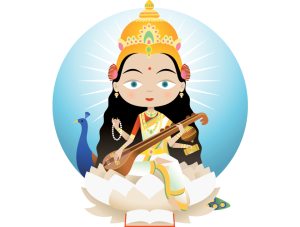 The thread is Hinduism. A tradition, philosophy or religion that is solid enough to live on for thousands of years but flexible enough to withstand change, to borrow from Buddhism and Jainism (and vice versa) and to give its followers direction.  I am nearing the end of my second course at the Oxford Centre for Hindu Studies (UK), this time focusing on the origins of Hinduism. It has been a journey of intrigue and wonder. A journey as colourful as the temples in India, with a complicated simplicity at its heart.

There is no one identity called Hinduism. There is no single sacred text or revelation. There is no founder or leader and no common defining creed.  No supreme being is worshiped.  It is as much a tradition, as a philosophy, as a religion or concept manifesting in a variety of expressions. It is not polytheistic but generally monotheistic.

Hindus today mostly worship a personal deity, with the most common of these being Krishna, Shiva or Vishnu. The ancient texts that form the basis of orthodox Hinduism may be known by name but seldom have been read by contemporary Hindus. This is a following where varied rituals, superstitions, myths, image worship, attitudes to the social system of varnas or castes, differing adherence to vegetarianism, and beliefs are all part of the same picture. The nature of Hinduism practised by Hindus today is shaped by the beliefs of the family and community. 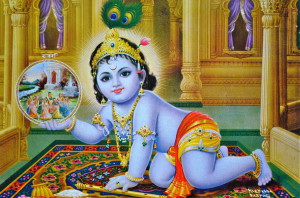 Hinduism is known for its diversity, tolerance and acceptance of change. It remains neither rigid in its guidance on living on earth nor fickle in its direction.  Where sacrifices were the order of the day thousands of years ago (which influenced the origination of Buddhism), the fire rituals remain, as does the belief in a cycle of rebirth (samsara), an understanding that the world as it is known is real albeit merely a perception thereof and that life is one of suffering but this can be overcome through a diverse range of avenues, such as “positive” karma, achieving moksha (liberation from the cycle of rebirth), through realised knowledge, devotion and worship.

There is no single god as one has in many religions today.  Brahman is the overall creator but this is a supreme force and not a supreme being.  Hindus do not worship Brahman. Those who worship Shiva, for example, may regard him as the creator, but he is not a supreme being or religious ruler. 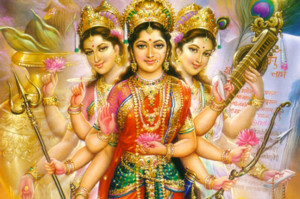 There are so many texts and commentaries on texts regarding Hinduism, that I am told by the Oxford Centre that one would not be able to read them all in one’s lifetime. The original texts are written in ancient Sanskrit and this is open to interpretation and translation challenges. In addition, many texts are written in the shloka style which means they contain short pithy sentences often missing words such as verbs, thus again leaving much open to interpretation. This is one origin of the richness of Hinduism. Where one person will see a text in one way or even assume which author wrote it and when it was written, another hundred will see something different.

One of the rich textual sources comes from one of 6 orthodox schools of Indian philosophy or Hinduism, known as Vedanta. All six schools accept the authoritative status of the Veda. These are religious books/texts believed to be not of human origin but revealed to seers thousands of years ago. These texts include the Rig-Veda and major Upanishads.

When one realises that the word “Hinduism” is a name created by outsiders to define a group of people who lived in India simply by adding “ism” to “Hindu” (named after the Indus River, in modern day Pakistan) and that it is really a geographical term, you understand why it is misleading to think of Hinduism as a unitary concept. For that matter, there is no Sanskrit word for religion. The closest word is “dharma” which means duty or virtue.

Of delight to my departed grandfather (while he was alive) is that one does not encounter Hindu missionaries trying to convert people. The view is that one is born Hindu but considering how pliable Hinduism is, I am sure any eager person wishing to become a Hindu, would be warmly welcomed in a family that does not adhere to the caste system since this system is based on one’s position on earth due to ranking at birth.

As the oldest “religion” on earth and with a third of the world’s population following this loose association of people under one label, we can learn from its tolerance of difference, its willingness to change, evolve and adapt, and its general capacity for peace. It is the latter that is so fundamental in today’s world.  Forget the mythical side of Hinduism with deities burrowing through the core of the earth, having an elephant’s trunk or multiple limbs, if all you take away is the notion of acceptance and tolerance, then Hinduism has achieved one of its unspoken goals.🕉 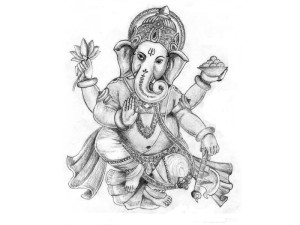